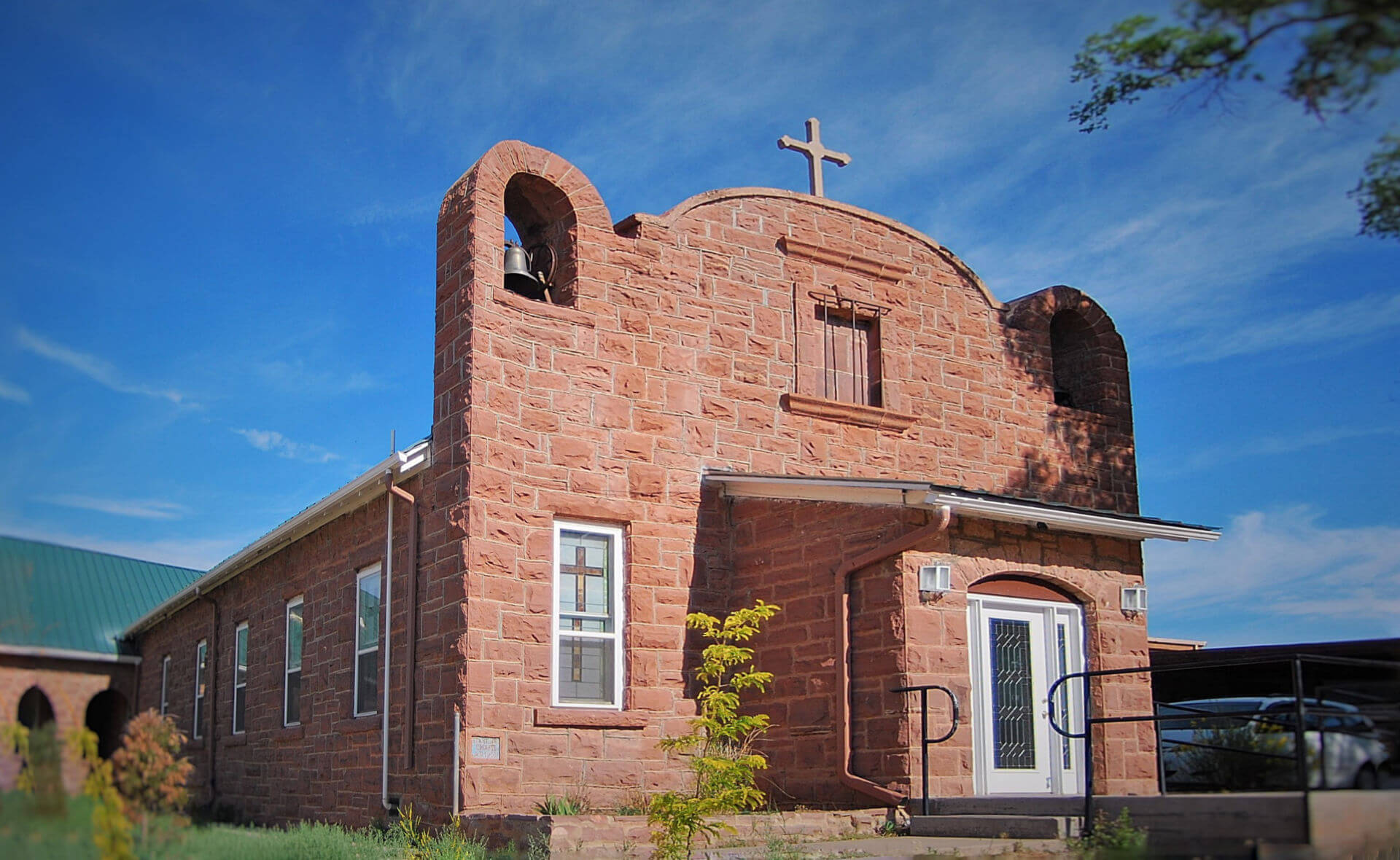 Little did we know when we signed ourselves with the black ashes of burnt palm leaves on Ash Wednesday that we would face a deadly virus and, at the same time, we would be called into a great fast from the Eucharist. In the midst of a dark time the experience of a kind of Eucharistic absence of Jesus is for many deeply disturbing. What is Jesus trying to say to us? Is Jesus still with us?

Like a fog that has descended on Zuni’s sacred Dowa Yalanne Mountain we ask: when will it lift? Let us turn to the raising of Lazarus in this Sunday’s Gospel for answers. In the opening line of the Gospel we see how close Jesus is to this family. Mary is the one who lavishly anointed Jesus with perfumed oil and dried his feet with her hair. Lazarus is referred to repeatedly as “the one whom he Jesus loved.” (Is he the beloved disciple at the foot of the cross and the empty tomb?). Martha in other Gospels served Jesus at table. These are not just this Galilean Rabbi’s students but his close personal friends.

When he is told that Lazarus is seriously ill Jesus gives the same response when asked about the man born blind: This (ailment) is for the Glory of God. You would think that Jesus would immediately run to his beloved friend and heal him. Instead, Jesus tarries. He waits for two days in Transjordan and only then sets out on the two day journey south to Bethany. Meanwhile, Mary and Martha sit and wait in a cloud of confusion and grief. They wonder when Jesus will come. During this time of waiting Lazarus, their sick brother, dies and has already been four days in the tomb before Jesus finally arrives but again tarries at the outskirts of town.

Martha runs to Jesus (maybe to tell him like the fussbudget she is to stop lollygagging!). Like the woman at the well and the man born blind, Jesus gently takes her on a journey of faith and personal encounter. Martha, indeed, already believes that Jesus is a healer, a prophet and even the Christ. But when he tells her that her brother will rise again she thinks he is referring to the doctrine among some Jews (esp. Pharisees) that God would raise the just from the dead at the end of the age (Ez. 37:1-14).

She dutifully recites her Jewish catechism to her Rabbi. But what Martha does not get is that Jesus is the Loving Creator God standing before her very eyes who can raise her brother to life at any moment and deeply longs to do so. Jesus offers her a revelation of his divinity when he says: “I am the resurrection and the life.”

At the same time Jesus also reveals his humanity. For when Mary (sent for by the ever active Martha) finally comes to him and falls at his feet weeping. Jesus “groans in the spirit and troubles himself.” To “groan in the spirit” (be perturbed) in Greek literally means “to snort like a horse.” If you are familiar with horses you know that snorting can either be joy or fear, or even anger, depending on which way the horse’s ears are pointing. Jesus is visibly stirred up and shows deep pity at the sorrow of his friends and possibly his rage at the injustice of Lazarus’ death. Jesus then weeps at the tomb and groaning again calls for the stone to be rolled away. Martha, who does not quite get who Jesus really is, notifies him that “there will be a stench.”

In response Jesus says that if she believes she will see the glory of God.
This is a spiritual principle that St. Augustine often repeats: first we must believe in order to understand. Then Jesus again shows his divinity by raising his eyes to heaven in a prayer of thanksgiving (“Eucharist” means thanksgiving) at the foot of the open tomb; not because he needs to say the right magic words to raise Lazarus but to let Martha and Mary see the inner Trinitarian life of deep love between the Father and the Son so that they have deeper faith in Jesus as the divine Son.

The dead Lazarus, who hears Jesus command him to “come forth, emerges from the tomb fully wrapped in burial clothes like a mummy. This small detail is meant to indicate that the raising of Lazarus is only a resuscitation. By contrast, Peter and the Beloved Disciple later see that the resurrected Jesus left the burial clothes (the shroud) behind in the tomb. Whereas Lazarus will die again, death no longer has power over the risen Christ and all who believe in him. He defeated death and will not die again. In our present sacramental exile, we like Mary and Martha, sit at home and wait for Jesus to come. We know that he tarries to increase our faith so that when he does return, both in the Eucharist and at the end of time, we will truly be able to witness the glory of God. The fog will lift and we will see the Resurrection.