This phrase has been a recurring theme for me since I last wrote to you. It has been a stark reminder of how much I still have to learn, even after nearly six years at St. Anthony‘s! It has been a humbling reminder for me to never feel over confident and to always expect the unexpected.

The process began when we started enlarging classrooms to incorporate “social distancing” when school re-opens in August. As we removed the partition between the 7th and 8th grade classrooms we found a separate enclosed area protruding from the outer wall, containing water pipes and an internal vent pipe running from floor to roof. As I scratched my head wondering what that was all about, Joseph, our maintenance worker, said “When I was at school this was the library and we had a water fountain here. Didn’t you know?”

My next surprise came as we incorporated the corridor from the main school to the three portable units behind the main building. The replacement corridor cut from the 2nd grade room was very dark, so my thought was to simply leave it open-ended. However, I was told that Ms. Loretta (5th grade) and Ms. Phyllis (Pre-k) are often here until after dark and need to use the passageway. “Didn’t you know?” Well, I did know that the teachers stayed well after school had ended but I had forgotten just how late they did stay. (One mustn’t take people for granted even if it is simply part of the daily routine.)

Perhaps the most revealing “Didn’t you know” was a double surprise. Someone suggested to Sr. Marsha that we should start a “GoFundMe” drive to pay for the renovations. I had never heard of such a thing but we investigated and were able to finally set one of these up. There have been several very helpful donations received through “GoFundMe.” But the greatest surprise was a telephone call from one of the donors. He was a graduate of St. Anthony’s in 1994. He spoke at length about his love for our School and how it had changed his life.

When he came to the School in kindergarten he did not know a word of English. He had been sent to another school where much of what he had learned was, as he put it, “simply wrong.” After his time at St. Anthony’s, he went on to high school and college graduating with an engineering degree and since then has had a very successful career. Perhaps most revealing was his love for Zuni tradition. He said that when he came to St. Anthony’s it was the only place where Zuni tradition and culture were promoted and celebrated. It was only years later that other schools began to acknowledge the importance of native cultures and to bring that all important factor into their educational life.

No, I didn’t know how far sighted St. Anthony‘s was in not only recognizing the divine gift of divergent cultures but in developing cultural identity within the young committed to its care. There was certainly a lump in my throat if not a tear in my eye as I spoke with a living witness to the success and value of the generations of effort at our lovely little School… and it continues.

The official school year closed at the end of May, although one or two students (tardy with distance learning assignments) continued for another week. The final drop off and pick up session consisted of returning books and picking up student reports. The combined effort of parents, students and teachers has enabled most students to continue their education and formation. I believe it is a tribute to all concerned. Even our gym teacher managed to incorporate distance learning: she sent out exercise plans for the students, had parents record the exercises and then send them back to her. There is no lack of inventiveness at St. Anthony’s (which I most certainly knew) but perhaps not to the degree I should have!

A great void was caused in the life of St. Anthony’s when we had to cancel our annual Graduation Ceremony because of the coronavirus. Graduation is such an important moment in all our lives. The vast amount of work and renovation at the School helped to distract a little from this moment of disappointment for faculty and students. Although certificates of merit were included with final reports, this could not be compared to the joy of face-to-face encounters, shaking hands and saying: “Good job, well done may you have a bright and blessed future!” 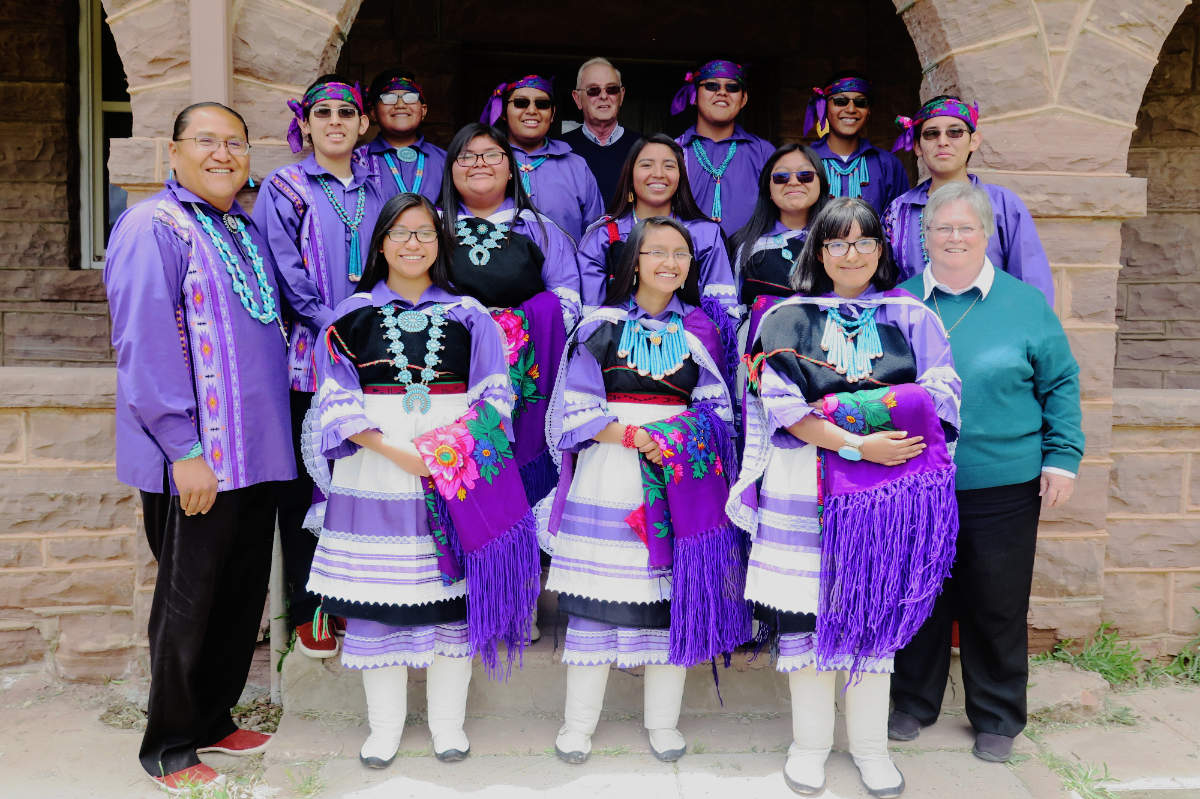 Graduation from an earlier time

Late one Friday evening I saw two figures standing at the office door. When I approached, even through the ubiquitous masks I recognized two of our most likable 8th graders one of whom is very chatty and the other not so much. They were returning the laptops we had issued along with their final homework.

Entering the front office their eyes popped open at the apparent chaos surrounding them in the normally well-ordered room. Then the quiet lad cleared his throat and offered a sincere thank you for their time at St. Anthony’s: “It’s been great,” he said simply. That lump in my throat came back again as I said: “Don’t you know it’s not over yet? We will have a graduation as soon as all of this is over. I promise.” As with many young people our teenagers are slow to express their feelings freely, and so those few words “It’s been great” spoke volumes and for me was a gift beyond measure.

Despite the strange circumstances and the mountain of work on every front, this month has been a very emotional time for me and the faculty. Recently, we learned that two of our students had contracted the coronavirus. The good news is that they are daily in our prayers and they seem to be recovering well. Other sadness occurred this month when three major summer events had to be canceled: Summer School, Bible Camp and Art Camp.

I have come to realize more than ever the effect and contribution which St. Anthony’s makes in the lives of our young people and it doesn’t end with graduation. Rather, it permeates the lives of these young people and through them ripples out to the whole community. And just in case you “didn’t know”… it’s all thanks to you.

Be safe and be well — Sincerely, 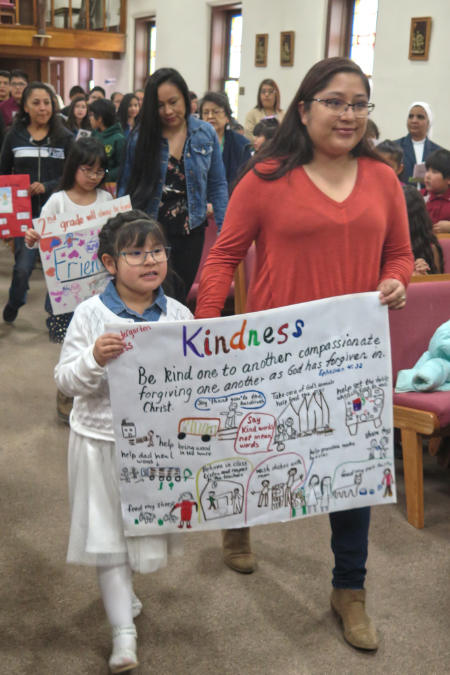